"With malice toward none, with charity for all, with firmness in the right as God gives us to see the right, let us strive on to finish the work we are in, to bind up the nation's wounds, to care for him who shall have borne the battle and for his widow and his orphan, to do all which may achieve and cherish a just and lasting peace among ourselves and with all nations."
Jan 14, 2017 - Book Discussion Group 10 a.m-12 noon - Ford's Theater
Remembering Lincoln’s First Inaugural Address - Jan. 18 - Hill Center at the Old Naval Hospital
February 15, 2017 - LGDC Birthday Dinner 2/15 with Civil War Round Table of DC
February 16, 2017 - Joint event with the National Archives - "An Evening with the Mt. Rushmore presidents"
Have you renewed your membership for 2017, or Joined?- Click on Membership to join or renew today!!"

LET US HAVE FAITH THAT RIGHT MAKES MIGHT, AND IN THAT FAITH, LET US, TO THE END, DARE TO DO OUR DUTY AS WE UNDERSTAND IT.

THERE ARE TWO EVENTS THIS MONTH. PLEASE SCROLL DOWN THE ENTIRE PAGE TO SEE ALL EVENT DESCRIPTIONS. 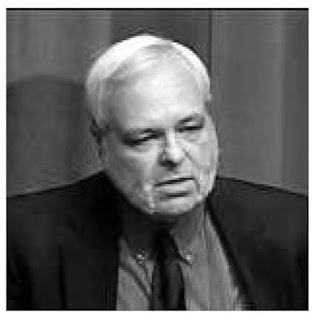 who will speak on

Members and guests of either the CWRTDC or the
Lincoln Group should make reservations on this website.
RESERVATIONS MUST BE RECEIVED BY 5pm ET, WEDNESDAY, FEBRUARY 8, TO MEET CLUB DEADLINES

Space may be limited, so make your reservations early.

SEE THE INSTRUCTIONS AT
http://cwrtdc-meetings.blogspot.com/
TO MAKE RESERVATIONS AND REMIT PAYMENT


If you have any problems making reservations online or would like to know about alternatives to making reservations or payments online, please email reservations@cwrtdc.org
ABOUT THE TOPIC:
In March of 1865, the United States was at a crossroads and, truth be told, Abraham Lincoln was a sick man. “I am very unwell,” he confided to a close acquaintance. A vast and terrible civil war was winding down, leaving momentous questions for a war-weary President to address. A timely invitation from General Grant provided the impetus for an escape to City Point, Virginia, a journey from which Lincoln drew much more than he ever expected. Noah Andre Trudeau book, Lincoln’s Greatest Journey: Sixteen Days that Changed a Presidency, March 24 – April 8, 1865, offers the first comprehensive account of a momentous time. 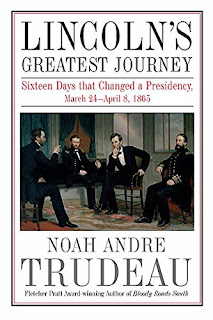 Lincoln’s trip to City Point allowed him to escape the constant interruptions in the nation’s capital that were carrying off a portion of his “vitality” and to make personal amends for having presided over the most destructive war in American history in order to save the nation.  He returned to Washington sixteen days later with a renewed sense of purpose, urgency, and direction that would fundamentally shape his second term agenda.


Mr. Trudeau will describe what really happened to Lincoln during and after this trip—Lincoln’s longest break from the White House since he had taken office—to reveal an unconventional and important new picture of Lincoln. This is Lincoln at a time of great personal and national change, when he made peace with the past and became firmly future-focused during those last weeks of his life. Rather than the well-worn narrative treating Lincoln as a dead man walking when he returns to Washington, Trudeau paints him as he surely was: a changed man profoundly influenced by all that he experienced while at City Point.


The son of two World War II veterans, Noah Andre Trudeau is the author of numerous military history articles covering not only the Civil War, but also the Revolutionary War, the Mexican-American War, World Wars I and II, and the Spanish Civil War.

He is also the author of eight books on the Civil War, including The Last Citadel: Petersburg, Virginia, June 1864-April 1865; Like Men of War: Black Troops in the Civil War 1862-1865(honored with the Grady McWhiney Research Foundation's Jerry Coffey Memorial Book Prize); Gettysburg: A Testing of Courage, a fresh history of the iconic battle; and Southern Storm: Sherman's March to the Sea, a history of Sherman’s march through Georgia, Mr. Tudeau  has also authored a short biography of the South’s leading general, Robert E. Lee: Lessons in Leadership, completed as part of a “Great Generals Series” edited by General Wesley K. Clark.  Lincoln’s Greatest Journey is Mr. Trudeau's latest book.


In addition to his books on the Civil War, Mr. Trudeau has written a number of articles for military history magazines, such as Civil War Times Illustrated, Gettysburg Magazine, Blue and Gray, North & South, The Columbiad, America's Civil War and Military History Quarterly.


Mr. Trudeau studied history at the State University of New York at Albany and was formerly an executive producer at National Public Radio.  He currently lives with his wife in Washington, D.C.

February 16, 2017 - A joint event with the National Archives, at the McGowan Theater, we will "Spend an evening with the Mt. Rushmore presidents. 7 p.m.

© 2016 Lincoln Group of the District of Columbia